Nobody was expecting this! 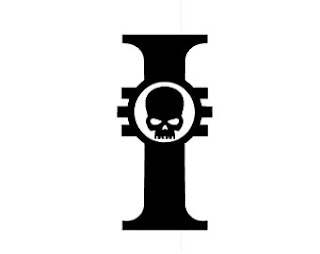 So I got an idea to do something akin to Dreadtober for August and I wanted to share it with you guys, to see if you all think if it could be a cool thing to do. I want to do a paint challenge based around Warhammer 40k Inquisitors. It's simple, in August start painting an Inquisitor, send in weekly updates either via your blog posts or emails, and I will do a weekly update here on my blog. Or people could just send in a pic by month's end; whatever works.

I am thinking about calling it the 2020* Inquistional Conclave. The goal is to paint an Inquisitor model by the end of August. At that point I will gather up the final pics and the showcase the final paint jobs. For those not doing a named character it might be fun to encourage folks to write a short blurb about their Inquisitor character. It wouldn't matter to me if the Inquisitor was from the old large scaled game (the one aptly called Inquisitor), a Rogue Trader era model (guy with a European car for a chest?**), something rare (Gregg!) or something current (Greyfax). They'll all come together in their painted glory. There's no contest, it's just a goal vs. a calendar.

Personally, I could use something like this to help me get my painting projects done. I found that with the artwork I have been doing that I work better under a deadline. Indeed, this past October my Dreadtober goal was great motivation for me.


What do you all think?

The folks on the Neverness Hobbies Facebook Group seem keen to do it, and if I get enough positive responses from this post then I think we'll do sign-up in late July and roll it out at the start of August.

So let me know if you think this is good idea (or not) in the comments below or email me privately at neverness92@gmail.com.


*If successful we can make it an annual thing.

Greetings. It's that time of the year where I paint an assassin. Last year I finished off the quartet of Imperial Assassins that I had set out to paint when I started this series. That act completed that Execution Force. This year I wanted to do something different, and with the launch of the Adepta Soroitas Codex a few months ago I have been itching to get something going with them. So I thought it would be a neat idea to select a Death Cult Assassin as this year's assassin model. I have the old models but after seeing Knosso Prond from the Rogue Trader Kill Team boxed set I just had to have her for this year's project. Thanks to those bitz sellers on Ebay this was acquired without having to break the bank for the Rogue Trader boxed set.  It was a surprisingly odd model to assemble, and definitely not the pushfit model that I have become accustomed to with recent boxed sets.


After priming the miniature with Citadel Colour Grey Seer I set about painting her up using some Contrast Paints. The red areas were done using Blood Angel's Red and the black areas had Black Templar applied to them. I was actually impressed with how well the colors worked over the Grey Seer and figured I would use Citadel Shades on some of the remaining areas. Druchii Violot was washed on her hair and Drakenhof Nightshade was applied on the "ribbed" areas. In the end I think the whole thing was coming together nicely at this point.


Like some of the other assassins I painted over the years, the straps and leather areas were painted Khorne Red with the intention of using Pink Horror as the final highlight.


Most of the techniques used to complete this model are nothing I haven't applied in the completion of other models on this blog so in the spirit of saving a bit of time, let's just skip the end:

Touch-ups on the red Contrast Paints were done using Mephiston Red. Indeed, I found this to be a subtle highlight color which doesn't compromise the effects and benefits of using the Contrast Paint in the first place.

The head of the plague zombie was a bit more challenging to paint. I started off by using Plaguebearer Flesh as the base, followed by a highlight of Elysian Green. At some point the old Nurgles Rot Technical paint was used. For the deeper recesses Agrax Earthshade was thinly applied. The eyeball was colored using Ulthuan Grey, which is the perfect 'dead eye' color. The pupil was done using a Micron pen. The bloody stump was finished using a liberal application of Blood For The Blood God of course, as no other paint will do.


One of the things that took me a while to decipher was the dart protruding from the severed head. Even after looking at some painted examples online (and there are some lovely examples, go check 'em out!) I did not make out what was happening at first. It wasn't until I realized that there were darts on her left shoulder pad that I got that there was a dark sticking out of the head. A fun detail, and one that sort of tells a story.

The red I chose reminded me of Sevora and Servina, the first Death Cult Assassins from the old up-scaled Inquisitor game (you know, the one no one played but people collected the miniatures because they were awesome) which were themselves homage to the works of John Blanche.


I didn't put Blood For The Blood God, or any color to represent blood, on the sword. My reason for this is that I assume Ms. Prond cuts quick and clean, leaving the blood to pour from her victims wounds where they fall. Because she is bad-ass.


And we shall finish with Ms. Prond with another obligatory natural lighting shot. I hope you enjoyed this one!


*These images are shared here for reference and review purposes and should not be construed or interpreted as a challenge to the respective copyright holder(s).

**Yeah, she's not in red leather, but damn, how I could resist that teddy bear? It's creepy as heck! And GW, whenever you guys make plastic Death Cult Assassins or Inquisition models, you got to include a Teddy Bear servitor.