Since I began this blog many years ago, I have chronicled almost every table-top miniature game I have played. Usually with lots of pictures to accompany them. So the reports I am proud of either due to the quality of the photos, the caliber of my opponent, the events that transpired within the game, or maybe how pleased I am with the writing or the layout of the post will be linked here again for easier reference. As will the reports that I don't care for, for reasons opposite to those I just cited. Regardless, it's all here for ease of reference.


After some time it made sense to me to make it easier for myself, and others, to be able to search these reports. The following list is in order by the army I used, chronologically, followed by what the opposing army was. 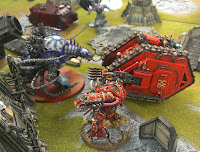 Chaos Space Marines
vs. Chaos -1500pt Chaos Daemons with Chaos Space Marine allies vs. the same.
vs. Tau -1850pt massacre as the Tau shot daemons as if they were skeets.
vs. Grey Knights 1750pts Kharn vs. the Inquistion.
vs. Imperial Guard. 2000pts. A bloody team-up with Traitor Guard vs. Imperial Guard in the snow..
vs. Khorne Daemonkin -1850pts. Kharn the Berserker vs. Khonre Daemonkin. Bloody fun game!
vs. Dark Angels -1500pt. Cypher chased down by the Dark Angels and the Ravenwing 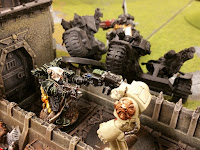 
Chaos Daemons
vs. Eldar Exodites -1225pt game. Daemons sought to protect their home against Exodite raiders.
vs. Chaos  -1500pt Chaos Daemons with Chaos Space Marine allies vs. the same
vs. Tau  -1850pt massacre as the Tau have a Daemons skeet shoot. 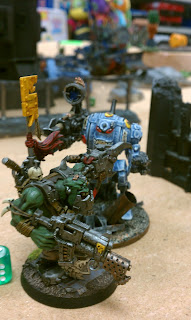 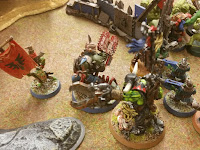 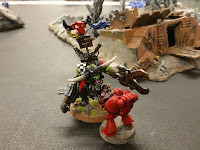 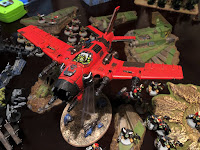 
Tyranids
vs. Imperial Guard -1000pts. My attempt at a Genestealer revolt.

Ultra Marines (Space Marines)
vs. Chaos 1500pt against the Thousand Sons (of bitches).
vs. Imperial Guard 1500pt vs Murl's wall of murder.
vs. orks 1500pts vs Waaagh Bink.
vs. Tau 1500pts the first table top appearance of the Femme FaTau.
vs. Tau & Eldar 2000pt bash against Femme Fa Tau and Eldar.
vs. Tau & Eldar 1500pt(?) Femme FaTau and Eldar Corsairs.
vs. Space Marines 1500pt vs, the Lions of Harlech
vs.Tyranids 1750pts vs. Hivefleet Warfrog.
vs, Imperial Guard 1500pts. Screech returns from Basic with a head full of military tactics.
vs. Tau & Eldar 1500pts. With Assassin Force formation against Tau with Eldar allies.

I could have swore we played more than that one time. We definitely need to have another go at it sometime.

It was only twice: Once against each other and the other was the first time we played when we teamed up against Screech and Mike.