As you saw in the the previous post Doc TSG has been working feverishly on his Cerastus Knight Titan. So far, it's looking most impressive with it's base illustrating how it crushes anything in it's path. This first pic shows how he modeled the impression of the Cerastus' great weight, by having it crushing and bending the metal of a fallen Land Raider. 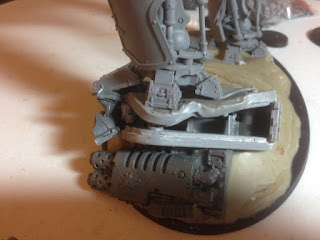 However, this is only the framework of his vision, as he wants to have the tracks appear to pop and burst from the pressure of the war engine's weight. But in order to achieve that look, he needed more track pieces than he had available... 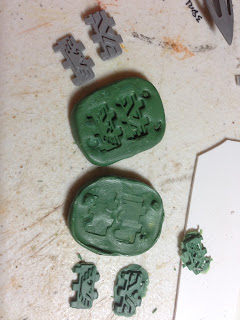 The solution: the greenstuff mold! By making a simple greenstuff press-mold (something I have always wanted to try out BTW), he solved his problem. He was able to model them around and get them to conform in a way that the existing plastic bit might not allow him to achieve. I will let the next batch of pics speak for themselves: 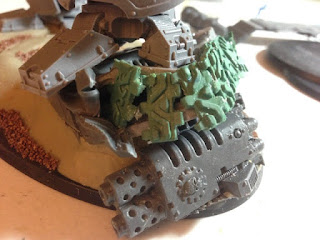 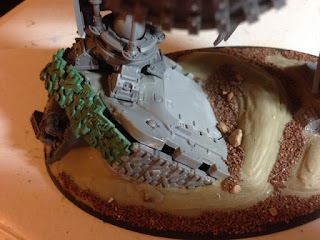 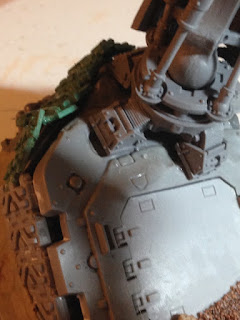 You can see how the greenstuff track links look like a slackened belt that has slipped it's gears. I like the buckling effect particularly. It's a lot of detail for a base accessory that's not part of the main model, but that's the point, everything you see is the model, and the base should help not just as a support for the model or a playing aid for the game, but to serve as part of the story for the model. Which this will do once completed. 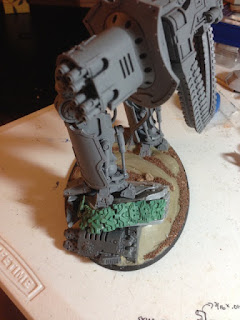 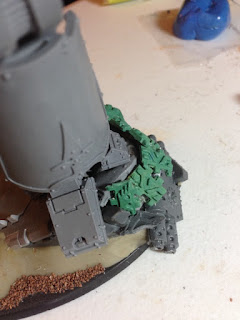 And here is the whole model up to this point. 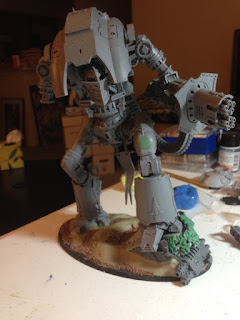 And yes, those guns and arms are magnetized. 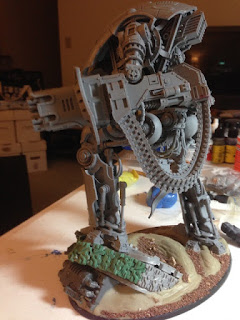 In part 3, which I already have pics for, the good Dr adds more texture to the base...

Really well thought out base. i love the green stuff press mold...i didn't even think you could do that!

Yeah, it kinda blows my mind too, i would like to try it myself.