What a long grueling year this has been! Without dwelling on the real-world suck-feast that has been 2020, I'm just going to use this space to simply showcase the miniatures and models that I actually managed to get finish. It's an annual tradition here at the hobby chronicle, so why break from it?

This is likely to be a fairly small list due to the fact that I simply had less hobby time this year, but in spite of those challenges I managed to get a few things done. So let's check them out: 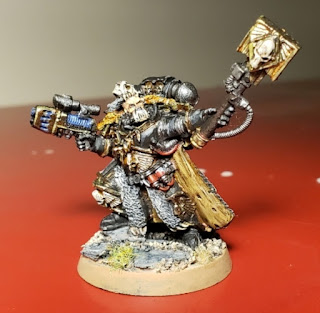 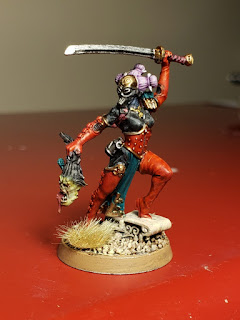 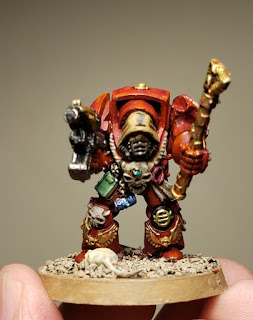 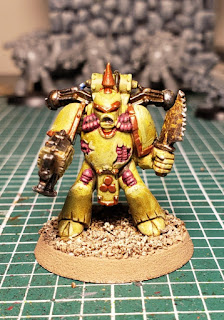 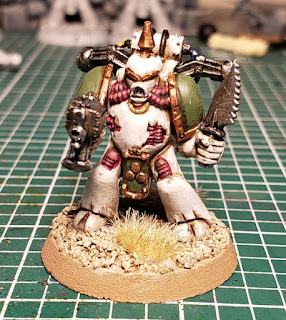 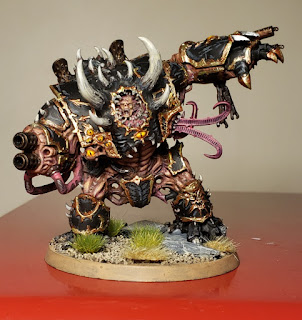 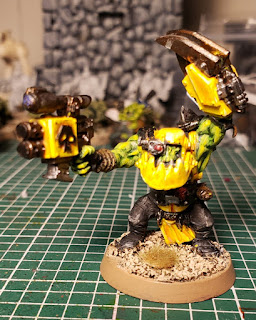 I had given myself the undeclared goal of 12 finished minis or models for the year. Yeah, I so I only have seven completed miniatures. I had hoped to have finished the ten grots (and two snots) by year's end but they are taking me

slightly longer to paint than I had anticipated. Plus my art assignments picked up, and well, money (for art!) will always push ahead of hobbies on most days and grots just had to wait a bit. But I have found more time around the holidays to poke at those grots so I expect they will be my first finished miniatures of the new year.

Which brings me to my dilemma: what should I focus on in the New Year? A part of me wants to focus on just one army or faction but the last time I tried that (Slaanesh Daemons) I got distracted and worked on different things (Dark Eldar). So instead of making a ridiculous doomed to fail resolution I have decided to make myself finish some, if not most, of the things in my never-diminishing painting queue.

What we see in that pile of miniatures is a mix of finished and unfinished projects and it's the unfinished models that I hope to eliminate from this queue.
The oldest project in here are probably the Deathwatch guys. I just can't seem to figure out what I want to with them just yet, so they are likely to be the hardest challenge for me to overcome.  Next to them are the
Black Legion Chaos Terminators that I have dabbled on, off and on, over the past few years since that last post. I have painted many Black Legion miniatures in the interim but for some reason I just never managed to finished these guys.

Over to the left you might spot a bunch of Harlequins, all of which are part of my Clowning Around series. Apparently I haven't had the inclination, or more likely time, to "clown around". Which is a shame because I was having fun with these guys. I definitely want to do a few more sooner than later.

Next to the Harlies are the Dark Eldar Wyches of The Slicing Noose. I had a whole series of posts planned for these murder elves but I kind of soured on the current version of Kill Team, and just haven't gotten back to these models yet.

The Blood Axe Boyz that I started a few summers ago have been begging me to get back to them and I intend to get to them soon. The newest ork to join the queue is the Runtherd that I posted about recently.

There are more models in the pic above that I hope to get to as well. There is a Nurgle Biker Champ, a Slaanesh Biker Champ, a Chaos Sorcerer, Space Wolf Scouts and Primaris Marines, a pair of Death Cult Assassins, a bunch of Goblin Fanatics for WHFB, the original Asmodi miniature, and a Zoat. The ones with with the links are the ones I am most eager to deal with,

There are other projects that are not in that drawer that may also earn my attention such as the previously mentioned daemonette, but also the 3rd edition era Khorne Berserker models, Wolfguard Terminators and a few other things that are kept in cases. Another drawer of my massive hobby toolbox has this Venom in it and I need to build up the rest of this Reavers unit as well.

So bare with me became there's a lot to choose from there, and we'll see what I can do in 2021!

Email ThisBlogThis!Share to TwitterShare to FacebookShare to Pinterest
Labels: Year in Review

Every model done is one less on the to do pile :). I was lucky enough to be able to finish one of my models too, the Reaver Titan ;)

That's awesome! You probably used more paint on that one mod than I did on my year's worth of hobbying!