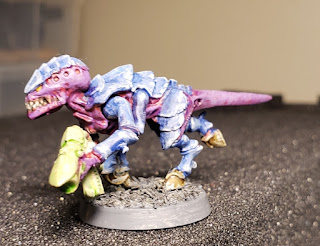 All this attention brought on by the Warhammer 40,000 9th edition Codex: Tyranids shifted my attention back to these little bugs (for a few moments anyway). As stated last time I want to use the same scheme as I employ on my Genestealers. And the best way to figure that out was to paint up another Genestealer alongside a Termagant. I took them outside and primed them all, but I only selected one for this first color test.

I decided to hold off on WIP pics this time and cut to the chase. Here are the two finished miniatures: 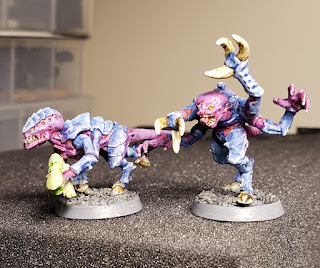 The recipe for painting these guys was described in Killteam Genestealers-part-2. And I followed that (mostly). I used Screaming Skull as the highlight color on their claws and teeth. 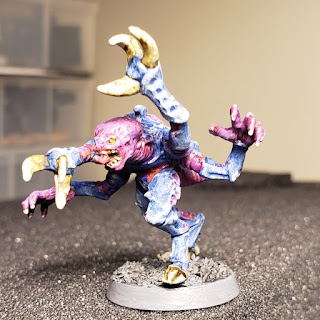 The Fleshborer was painted by using Ushanti Bone as a base color with a wash of Waywatcher Green. I used Averland Sunset on the eye with a slash from a Micron to finish it off. Anyone else think it's weird that these weapons have a clip that isn't really an actual detachable clip? 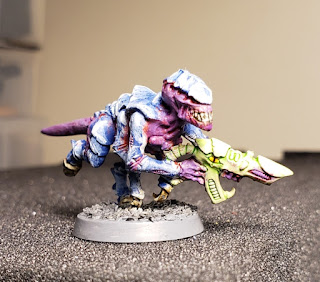 I think they turned out good. Next up is to repeat this process on the rest of his chittering and chattering gribbly friends.
Posted by neverness at Thursday, May 12, 2022

Makes me want to do some of my long overdue Genestealers for the Cult.

Liking the traditional take on these. Termagaunts in the same scheme look pretty cool too. Like Siph, makes me want to get some paint on my own GSC.

This is the first of a new post category for this blog where I recollect, possibly rant, on certain past elements of the hobby and game (s... 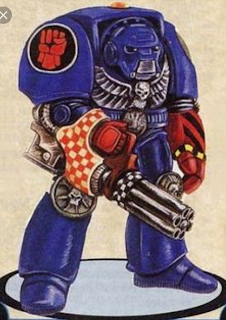