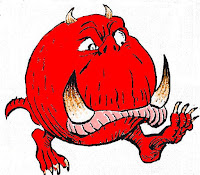 Greetings! On April 26th of 2011 I published the first post of the Neverness Hobby Chronicle called Genesis. It's been a long 10 years and yet it feels like I have so much more to build and paint! I have no time for any kind of giveaway like I did at the 6th anniversary so instead I will talk about the untold history of this blog and the future of it.

The launch of this blog was not the beginning of my online identity as "Neverness". I started using it a few years earlier on a variety of different game and hobby related forums. The red squig icon was drawn around 1998-ish for a fanzine that was never launched (more on that will be revealed in the future) and colored (crudely) using a paint program around 2007. I did that fast as I wanted a flashy, yet humble, avatar for my posts. I liked the simplicity of it and have used it ever since. But the handle Neverness, comes from a book by David Zindell called Neverness. It was first published in 1988 and it was reviewed in Critical Mass, the old sci-fi/fantasy book review feature that used to appear in White Dwarf (it's possible it may have been in the last feature of Critical Mass). 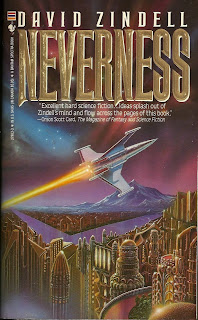 I want to re-read that book at some point and give it, as well as it's sequels, a review here on this blog. They are brilliant reads, and very eye-opening. To my young mind I found them to be enlightening and the book Neverness has informed part of my worldview ever since. It's an astounding book that makes one reevaluate just what it means to be... human.

Back in the early days of Warhammer 40,000, there wasn't any fiction to support it except for the articles in White Dwarf. So going back to the inspirational sources was all we had. Everything from Starship Troopers, Dune, Judge Dredd/ 2000A.D., and lesser known works like Bio Of A Space Tyrant, Liege-Killer and anything else that scratched that itch. Critical Mass was great at recommending those itch scratches. I assume the feature ended due to Games Workshop starting their own book publishing venture and maybe someone thought featuring books by other publishers would be a conflict of interest? Not sure*, those days felt like the frontier compared to what's available today. The final Critical Mass was in WD #106.

Speaking of these days, I am presently looking at some big changes in my life, starting on April 26 as on that day I will starting a new job. Also this year we hope to be ramping up our publishing schedule with Tales From The Smoking Wyrm which means I hope to be producing more art for it. There may be more changes but it's premature to declare them now.

I hope to still have time to keep up with this hobby, and I plan to continue working on my miniatures and hopefully I can find a few moments to get in some games also. I would like to share with you some of the 40k art I did for fanzines back in the '90s, both published and unpublished. I have started a new feature called Art Mondays where I will share something unique from that time.

Since the New Year I have been chipping away at my backlog, but there is still much left to get done. But that's fine as I am having fun, and that's what it's all about, right? In the coming months we'll have the 2nd Annual Inquisitional Conclave (August) and Dreadtober (October) and I am already thinking about what I may paint for those. Meanwhile, I hope you get a kick out of the stuff I post that's unrealated to those topics.

Enjoy! Thanks for following and supporting me for the first 10 years. Here's to 10 more!

*Taking a moment to read that final Critical Mass from WD 106 apparently the reviewer was burnt out from all of the intense reading!

My 10 year blog anniversary slid on by and I didn't even realize it till a few months after the fact.

Congrats on the milestone and thank you for sharing all your awesome hobby-ness with us over the years, Neverness! :)